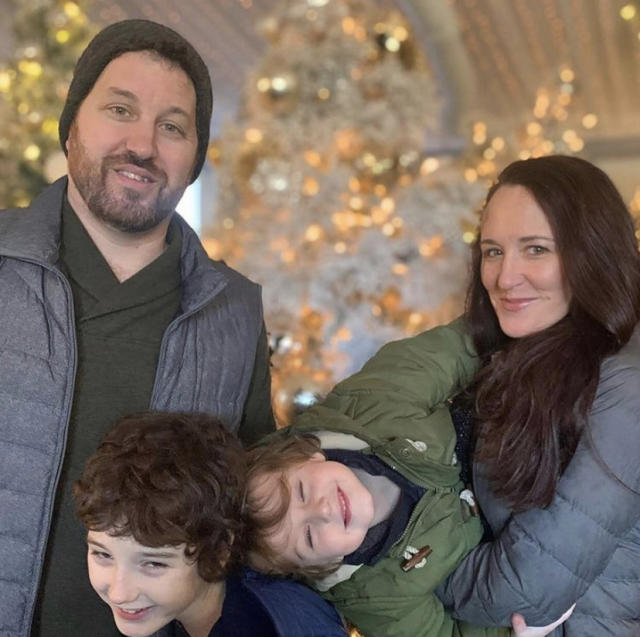 When it comes to parenting, there are pros and cons to every decision we make. Some of them may be downright inconvenient, but we make them all in the name of raising our children. However, not everyone agrees with our choices.

In recent years, there has been a growing trend of “anti-parenting” – parents who bury their own children in order to prevent them from being raised by mainstream society. This blog post is about fathers and buried parenting – what it is, why it exists, and how you can avoid being a part of it.

Let’s be honest: raising kids is hard. It’s a demanding job that requires a lot of time, effort, and patience. And while it may seem like raising children is all about rewarding good behavior and punishing bad, sometimes this parenting style can actually backfire. In fact, some research suggests that buried “anti parent”

parenting styles are more successful than traditional parenting styles. So what does this mean for you and your kids? Well, if you want to raise kids who are well-adjusted and happy, it might be worth considering burying your own parenting instincts in favor of a more accepting approach. By doing so, you will see significant improvements in your child’s emotional well-being.

The Dad and Buried blog was created by Matt in August of 2012. Matt has been a stay at home dad for the past 2 years with his 2 young daughters. He wanted to share his experiences as a stay at home dad and also offer advice to other parents who are considering going this route. The blog covers a wide range of topics including parenting, technology, lifestyle, finances, and more.

In addition to the blog, Matt has released a book titled “Dad: A Step-By-Step Guide To Success As A Stay At Home Dad.” The book is designed for fathers who want to learn about being a stay at home dad and how to successfully balance work and family.

The Dad and Buried blog has been visited by over 350,000 people since it was created. In addition to the massive amount of traffic that the blog receives, Matt also attends speaking events around the country which helps him expand his reach even further.

The Dad and Buried blog is a website that was created by two fathers, Dave and Jon, who wanted to share their experiences as parents who have buried their children. This website is dedicated to helping other parents who have gone through a similar experience.

Dave and Jon first started writing about their experiences after their son, Aidan, died in a car accident. They wanted to help other parents who were going through the same thing. The Dad and Buried blog has helped many people, both grieving parents and those who are just starting out as parents.

The blog is divided into different sections, including “Abandoned Parents,” “Parenting After a Death,” and “Success Stories.” In each section, Dave and Jon share their experiences as fathers who have lost their children. They also offer advice for other new or struggling parents.

The Dad and Buried blog is an important resource for anyone who is grieving or trying to start a new parenting journey. It provides hope for parents everywhere by showing them that they are not alone in their sorrows.

The Dad and Buried Approach to Parenting

Parenting is hard, and it’s even harder when you’re the only parent your child has.

But that doesn’t mean you have to do everything yourself. Enter dad: the unofficial parent of the 21st century.

dad takes a buried approach to parenting, which means he lets his child know that he’s there for them, but doesn’t hover or smother them. In fact, dad wants his child to learn how to take care of themselves – both emotionally and physically – so they can grow into strong adults.

This philosophy has worked wonders for dad and his son. The two connect on a deeper level than ever before, and their relationship is stronger than ever… despite the occasional spat.

The Dad and Buried Beliefs

The Dad and Buried Approach to Parenting

Parenting is often seen as a difficult and challenging task. But what if parenting was more about accepting responsibility for our actions, rather than burying our heads in the sand? That’s what the dad and buried approach to parenting is all about.

This parenting style is based on the idea that parents need to take ownership of their actions and be accountable for their own parenting. We need to face our fears, challenges and failures head on if we want to provide a healthy and nurturing environment for our children.

The dad and buried approach to parenting isn’t easy, but it is definitely worth it. If we can learn to embrace these challenges, then we will be able to provide our children with the best possible upbringing possible.

There are many anti-parenting blog articles circulating on the internet, but some dads have decided to share their buried beliefs about parenting in a more public way. In an article for The Huffington Post, fathers Matt Cooper and Jason Hanania share their thoughts on what it means to be a dad today.

Cooper and Hanania argue that there is a “buried belief system” about parenting that’s currently holding us back as a species. They say this belief system centers around the idea that mothers are naturally better at parenting than fathers, and that fathers are only necessary for the physical act of giving birth. This belief system can have serious consequences for fathers, who often feel like they’re not capable of doing anything right as parents.

Cooper and Hanania argue that we need to shift away from these buried beliefs about parenting, and instead focus on creating supportive relationships between fathers and mothers. They say this shift will help us to raise healthier children who are able to thrive in a modern world.

Pros and Cons of the Dad and Buried Approach to Parenting

Cons:
-There is potential for tension and conflict between you and your partner/spouse if you don’t agree on parenting styles
-It can be difficult to let go of control

I had a fantastic time writing this post and I’m so happy to finally release it into the world. As you can tell, I buried my anti parenting blog. It’s been hidden away for what seems like an eternity, but that doesn’t mean it’s not still out there, just waiting to be discovered by the right person. If you’re reading this and are interested in learning more about how to become a better father, or if you simply want to share your own experiences as a dad who is burying his anti parenting blog (or maybe even supporting it!), please feel free to reach out. I would love to hear from you!